SS Automobiles Inc. again premieres a new entry into the international automotive scene. This new car, the Excalibur 57 (35X) designed by Brooks Stevens, closely resembles an additional extremely famous and popular sports car of the late twenties. For the connoisseur and the automotive enthusiast the radiator design will be immediately suggestive of the famous Bugatti Marque; the fabulously engineered sports car of Le Patron, Ettore Bugatti, which, in the hands of famous drivers like Rene Dreyfus, Nuvolari, Chiron and Madame Junek, battled with the Mercedes SSK and other famous cars of the period on the road circuits of Europe.

The designer has again taken a cross section of attractive features of many Bugatti models and homogenized them into one pleasing two-seater, cycle tendered sports car with the famous boat tail rear end. This car is pointed primarily toward the European market place and, therefore, purposely uses a shorter wheel base chassis, different tread, and is in fact a smaller automobile than the current Excalibur SS. It is powered by the modified Opel Commodore engine with Conrero of Turin tuning and chassis engineering by Guy Storr of Monaco. The bodies will be built by Michelotti of Turin.

This exciting new nostalgic addition to the SS Automobiles Inc. line of cars will be premiered at the New York show for evaluation of possible marketing in the United States. Again SS Automobiles Incorporated reflects with modern, safe, high performance components, the elegance and nostalgia of a period in automotive design history perhaps never to be surpassed by the racing stock car sedans of Daytona or the whistling turbine cars of Indianapolis.

Ken Purdy's famous reference in his book "KINGS OF THE ROAD" to a typical Bon Vivant hurtling down the paved roadway to the Cote d'Azur at over 100 miles per hour, with an elegant blond lady at his side, remembers an era of sports touring that can be relieved today by those of us old enough to remember. Now two nostalgic exhaust notes will ring out for those dedicated sports car lovers around the world. 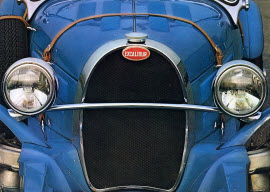 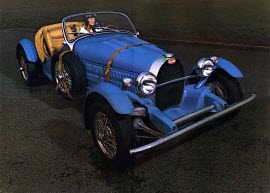